“We can’t all come and go by bubble.” – Elphaba (from Wicked)

I just returned home from enjoying the Broadway performance of “Wicked.” It was FANtastic. Wicked is the story of what happens in Oz before Dorothy arrives. The “real” story of the Wicked Witch of the West. I read the book a couple years ago in anticipation of the Broadway adaption. I was finally able to attend, since “Wicked” is on tour in San Diego for the month.

The actors were flawless, the lighting was great, the dancing was spectacular, and the singing gave me goosebumps. There was even humor! The headliners, that played Elphaba (the Wicked Witch) and Glinda the Good Witch, stole the show. Appropriately. I had heard friends rave about this musical, but it deserves even more. It is not surprising that it has one a Grammy and three Tony’s. I want to go again!

I was excited to see that “The Lion King” will be touring in San Diego in October. I shall be buying my tickets soon! 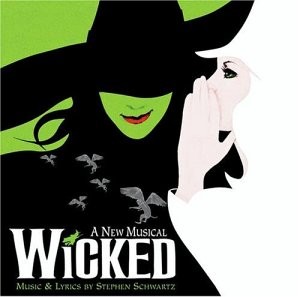 One response to “Wicked!”

Croatia!August 19, 2015
Something to look forward to.
Join 489 other followers